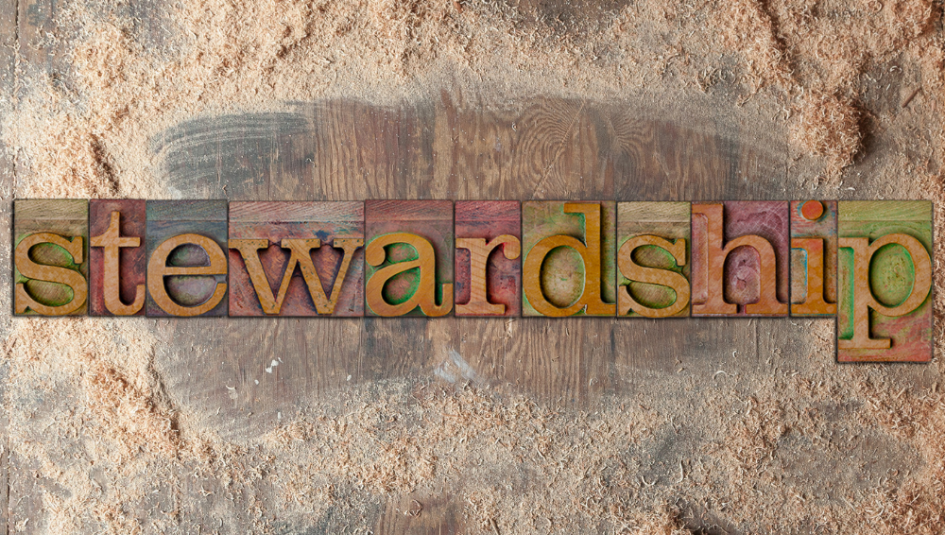 This is a Value Statement about Stewardship, which is taking care of something, so really, what do we value enough to take good care of it?

In eighth grade, I bought a new bicycle. I worked all summer to save for that bike. I talked about it all summer and what it would be like once I had it. It was a ten-speed Batavus Type Monte Carlo, fire engine red. It was beautiful. As a case of stewardship, there was a hard lesson learned with that bike.

I polished the wheels and the red frame regularly. The chain and derailleurs never had sludge. The wheels were true and the cables were oiled. I even waxed the red paint and carefully used a soft brush to clean near the edges of the chrome rings that held the cable housings so there would be no buildup around those. It gleamed.

My friend, Jim, and I played tennis at the local university and would sneak onto their indoor courts to play. One afternoon, we parked our bikes in the crowded racks with dozens of other bikes and I realized I had not put my cable lock back onto the seat. Jim didn’t have a lock and he wasn’t worried; there were tons of bikes. I was wary, but we opted to leave our bikes anyway, unlocked.

Wrong move. Of all the bikes in the racks, mine was taken. I was mad, I was sad. My heart hurt. The labor and money it took to purchase it, the care I spent on it, the pride I felt in ownership; I betrayed them all. My bike was my responsibility and I had tended it and maintained it meticulously, but I did not protect it. It was gone. It was my fault. I wasn’t even mad at the person who stole it. As steward of my responsibility, I failed.

Does stewardship have to be personal? That helps. Most parents take good care of their infants, but tragically, many do not. It doesn’t get more personal than that.

When do responsibility and respect for things that are ours begin? When do we learn to consider the effects of our actions on others, and when do we begin to act to respect those downstream effects of our actions on things distant or far removed? The more empathetic and compassionate among us understand the latter part of this quickly and wonder why the rest of us don’t. But that’s not all there is to it.

True Stewardship is fortified with responsibility, respect, pride, a sense of ownership, as well as embodied investment. With the bike, I had high marks in all of those, but I let slip on responsibility that one time.

In my high school at our graduation, gifts were not generally extravagant: a nice pen, a leather jacket, a radio for college. One of our friends got a brand new Volkswagen Scirocco, which, in our circle of friends was huge. Within a day, we had a pool going, betting how long it would be before he would wreck that car. And we were all wrong; it took less than a week. But what did we all know that caused us to make those bets in the first place? Ownership without investment, no acceptance of responsibility, and a distinct lack of respect: great recipe for bad results.

Word traveled fast (even without the internet!). We all laughed at how we hedged our bets in an overly-optimistic way, giving him the benefit of the doubt, "Naaa! He’d never wreck it in a week! I’m gonna give him two.” Wrong-o!

Stewardship is not guaranteed by ownership, yet, a sense of ownership can help, depending on the origin of that ownership.

Responsibility is a critical element of stewardship. If we do not own up to the responsibility for something, we will not take the best care of it. Responsibility is a decision. That decision may be made partly for us – rules, societal pressure, laws – but ultimately, we each need to decide to take care of something. If we don’t that thing suffers.

Then, there are respect and embodied investment: do you whine, wheedle and manipulate to get what you get? Do you peel off a couple hundies from your always-stuffed wallet to buy something? Or, do you tremble anxiously as you execute a purchase of something hard-earned, and to you, very costly? I worked hard for that red bike all summer and had even calculated my future earnings of my summer labor toward the purchase of that bike as part of the decision for taking the job. I detassled corn in Iowa with flies and mud and mosquitoes and scabbed armpits to get that bike. What efforts do you feel are embodied in the thing into which you transmit emotional connection?

Embodied effort adds weight to ownership, respect for its attainment and makes responsibility easier: skin in the game.

Let’s take it apart further, from the completely selfish individual mindset, to the most all-encompassing, others-focused perspective.

It’s an inside job. Like many things, it takes knowledge, understanding, thought and consistent action, which can lead to positive habits. Thought: yeah, think about that one. Dr. Martin Luther King said, "Rarely do we find men who willingly engage in hard, solid thinking. There is an almost universal quest for easy answers and half-baked solutions. Nothing pains some people more than having to think.” Still, we must.

There’s more to it. The bike example is one simply of self: my bike. What about outside of one’s self: how do we get to consider beyond our own self-centered thinking?

There are those around us who model, influence, inspire and teach us – hopefully, they’re good ones. Sources of influence are far more abundant and available than decades ago: Social Media, the internet, TV, games, movies, school, friends, co-workers, family. Who or what within these influence us and our children most? Is stewardship ever mentioned or taught anywhere?

What do we see instead? Convenience and status hold sway: the world at our fingertips, always on; newer is better, get it today; use it and throw it away. You have to have the latest, most technologically-advanced or fashionably current. Why take care of what will be obsolete or out-of-style in a year or two?

How and when do we make the decision to care for something? Beyond that, when do we extend that consideration to include things we do not directly own and may never see or see again? Do we make the decision based on principle and behave accordingly in every situation? Do you care about something because it feels good and costs nothing to voice an opinion on, or is there more to it? Do you pick up your dog’s poop in the park when others can see, but leave it at night when no one is around?

What Thomas Edison said about opportunity, can be said for Stewardship: it "…is missed by most people because it is dressed in overalls and looks like work.” Yeah, it can be unpleasant or inconvenient or just plain work.

It can also be rewarding.

Stewardship is a mindset. It is a mode of thinking about the care of things, the use of things, and our effect on things by what we do. We can steward our finances and resources, our possessions and property, our personal relationships, even our power and influence, as well as things that we may never see nor use nor even know of. But we must learn to give consideration to these things and then begin to act in ways that do cherish, protect and support things we may never see and do not own, as though we do.

The Texas Department of Transportation’s "Don’t Mess with Texas” campaign was introduced to TV audiences with bluesman Stevie Ray Vaughan including those words at the end of his performance at the Cotton Bowl Classic football game on New Year’s Day 1986. Within four years, litter on Texas highways was reduced by 72% (Wikipedia). That’s a big one in the W column.

Stewardship needs connection and attachment. You may not own the thing, but you can own the responsibility for taking care of it. At the very least, do no damage.

On a much grander scale, former U.S. Presidents John F. Kennedy and Ronald Reagan had monumental moments of inspiring change and invigorating millions around the world to steward their resources and energies toward high aspirations. President Kennedy inspired our nation and thus activated the efforts and investments of industries and government, with the blessing of the people, to "land a man on the moon” in his 1962 Address at Rice University. President Reagan saw to it that the Iron Curtain, in its most oppressive and visible expression, the Berlin Wall, was torn down and thus opened the world of freedom to millions.

One can steward one’s influence.

The antitheses of those world-changing and positive actions were those of the so-called stewards of billions of dollars of investments in the mortgage industry in the early 2000’s. They took higher-quality investment instruments and cloaked them around dangerously risky, vulnerable investments – much like a sausage casing around spoiled meat – and sold those as good. Our entire economy got sick on their bad meat.

The more removed these notions of stewardship become from one’s self, the more abstract and unconnected they become. We must strive to make them tangible, relatable, closer to home.

By identifying and stating stewardship as a core value of ReCapturit, we are choosing to lead by our example.

We will strive to instill in ourselves responsibility, respect, pride, ownership and appreciation for our own embodied investments, as well as the investments of others.

We will teach and model empathy, always considering the results of what we do or do not do, from the vantage point of those who will be affected by our actions, or our inaction.

We will think. Hopefully, we will teach, inspire, model and influence.

Peer pressure, societal pressure, rules, regulations, laws; these are for the most part outside of our purview, but you never know how far your influence will extend.

There is a beautiful logic to taking good care of people and things. They last longer, look better, function well, and are healthier and less wasteful. If stewardship isn’t already ingrained in us, we have to think about that stuff or be reminded (not scolded!) to be cognizant of our actions and vigilant of their consequences.

We will structure our company to behave with strong, responsible stewardship. We will wrangle with this. Might argue about it. We may do things which seem senseless or contradictive. But we will do better over time.

We pledge to do our best to steward ourselves, our people, our business, our finances, our resources, our behaviors and efforts, our power and influence, and to be continually vigilant and mindful of our effects on others and the world we all live in.

We hope to create a culture whose essence is felt as a positive force in everything we do, and whose Values become tempered with time. Please let us know when we fall short.

Hospitality - How we treat people

Stewardship - How we care for things

Craftsmanship - How we build things

Learning - How we keep growing

Integrity - How we live and work

Back to About Us Page